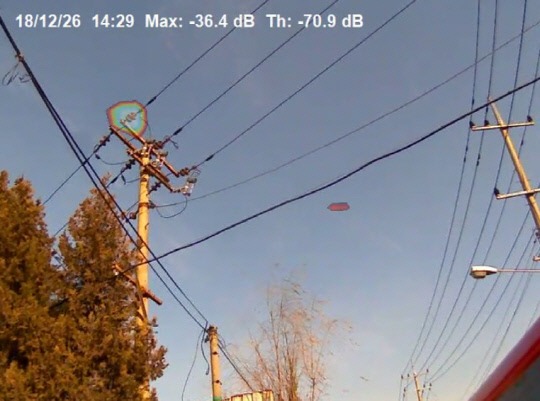 The ultrasonic camera 'BATCAM 2.0' allows users to take real-time pictures of the discharge from the electric pole's insulation support system.

A company specializing in sound cameras in Daedeok Special District has released a portable ultrasound camera that detects the risk of gas leakage and electrical discharge.

SM Instruments made an announcement on the 20th that it has developed 'BATCAM 2.0', an ultrasonic camera that measures ultrasonic waves and captures gas leakage and discharge situations in real time.

Existing chemical sensors can only be detected when a certain concentration of gas is accumulated in the air. In addition, there are disadvantages of not detecting gases such as ammonia and hydrogen that do not contain carbon.

Since ultrasonic camera BATCAM 2.0 is measured using sound, it has the advantage of detecting gas leaks immediately regardless of the type of air flow or gas around it.

A total of 112 high-sensitivity microphones are built in to measure ultrasonic signals, while converting them into ultrasonic images through an analysis technology independently developed by SM Instruments.

In particular, ultrasonic signals generated by discharge can also be filmed in real time using ultrasonic cameras, making it easy to find insulators with fine defects. Measurements can also be made from a long distance to check for short circuits such as insulators and transformers that are high from the ground.

BATCAM 2.0 drastically reduced its size (237mm) by using MEMS (Micro-Electro Mechanical Systems) sensor and can carry it with a weight of 1.2kg.

SM Instruments has already completed performance verification at domestic power generation companies, chemical plants, and semiconductor plants, and has been recognized for its excellent performance after comparative tests with its competitors' products.

CEO Kim Young-ki said, "We will be able to prevent gas leaks that can be harmful to the human body or lead to disasters in advance and provide a breakthrough in the discharge inspection that can lead to forest fires. First of all, we will target the Chinese market through an international exhibition of electric power facilities to be held in Shanghai, China, in November." 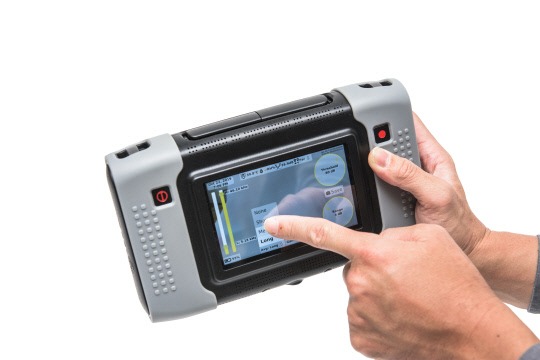