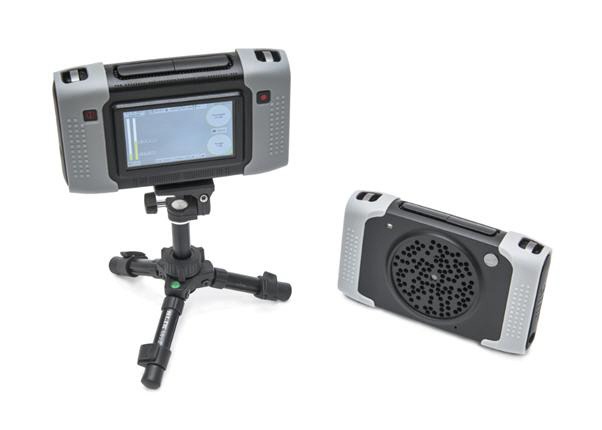 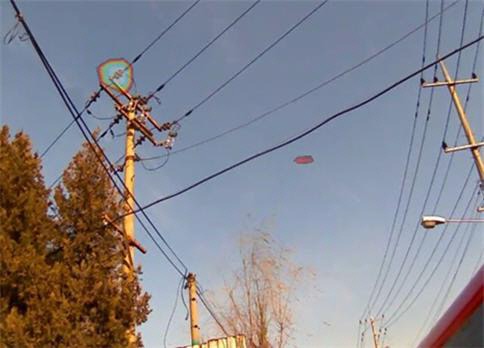 A company in the Daedeok Innopolis has launched a portable ultrasonic camera that detects the risk of gas leakage or electrical discharge. It is expected that existing working methods that used soap bubbles to check for gas leaks will be improved and used for safety inspections in various fields.

Kim Young-key, CEO of SM Instruments (SMI), said at a press conference on the 19th, "We developed 'BATCAM 2.0', the world's smallest and fastest ultrasonic detection camera, by applying sound technology, and start full-scale delivery in January next year." BATCAM 2.0 is an ultra-small camera that detects gas leaks using digital ultra-small precision machinery technology sensors. Currently, it is the lightest 1.2kg product on the market in foreign countries, and it is easy to carry and has 112 high-sensitivity microphones, which can detect sensitive gas leaks.

Just as thermal imaging cameras shoot thermal images, ultrasound cameras are the latest industrial cameras that measure ultrasound that is not audible to humans and take real-time shots of gas leaks and electric arcs. Currently, only optical gas imaging (OGI) cameras that measure carbon are used in Korea, and SMI's newly released camera can detect all gas, making it easy to use in many ways.

"The BATCAM 2.0, which was developed this time, can be used by various industries such as petrochemicals, semiconductor displays, and power plants," CEO Kim Young-key said in a meeting on the same day. "It is suitable for use in checking defects or safety facilities in the process of work."

BATCAM 2.0 also enables real-time detection of ultrasonic signals generated by electric arcs. Insulators with fine defects can also be easily determined through filming and measured from a long distance, allowing for the short circuit of electric poles or transformers on the ground.

SMI has already completed verification of product performance at various power plants, chemical plants and semiconductor plants in Korea, and has also gained an edge in comparison test results with its rivals. Currently, a U.S. company distributes products around the world, but it lags behind the BATCAM 2.0 introduced by SMI and lags behind in terms of price competitiveness. While there are 112 sensors for products from Daedeok Innopolis companies, there are only 65 products from U.S. companies.

"As the importance of the environment and safety is being highlighted, many industries are already showing interest," CEO Kim Young-key said. "We plan to launch products in overseas markets with strong regulations on materials that are at risk of explosion, such as methane."